Haris Rauf, a fast bowler for the Lahore Qalandars of the Pakistan Super League (PSL), told Geo News on Monday that the Lahore audience is “extraordinary” and that the squad is already looking forward to playing in Lahore, hoping for the fans’ support.

Haris Rauf recalls that early in his career, Indian players backed him up.

Harris Rauf told Geo News that the large number of Lahore fans at the stadium made him happy. He said the audience in the stadium was having a fantastic time, and the Lahore Qalandars were looking forward to the excitement and fun they would have in Lahore.

According to Harris Rauf, the Lahore audience is remarkable. “They make a lot of noise and blast whistles, which we like.”

The bowler remarked that the key to the Qalandars’ success is that they are all buddies who live together as a family. “We back each other up.”

The Lahore Qalandars’ players, especially Haris Rauf and Rashid Khan, are experimenting with novel celebration methods. Rauf said the squad and the audience at the stadium use a variety of celebration tactics to cheer on the squad. Ramiz Raja aspires to make the PSL as popular as the IPL. 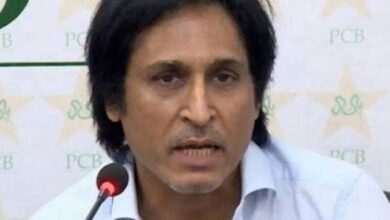 Quaid-e-Azam Trophy teams will be investigated to get out of the hotel, Rameez Raja