England, Solihull: Chinese companies that make electric vehicles (EVs) want to get European drivers and big businesses to buy their cars by making them more affordable and adding lots of high-tech features.

Several Chinese electric vehicles (EVs) have gotten five-star ratings from the European New Car Assessment Programme (NCAP) in the last few months. To get this rating, vehicles must have active and passive safety features that go above and beyond what the law requires.

There will be more.

Gu said that Xpeng has spent the last three years building stores and service centers in Denmark, the Netherlands, Norway, and Sweden, and has already made some sales in Norway. The company will officially launch its electric P7 sedan and G9 sports utility vehicle (SUV) in these four countries next year.

Related: Chinese stocks went up on hopes for stimulus, and Berkshire’s stake in TSMC helped it.

Matthew Avery, the director of Thatcham Research, a British car research center funded by insurance companies and a member of the Euro NCAP board, said that Chinese EV makers have realized that safety is a very important part of the sales process.

Five-star Euro NCAP ratings are seen as the key to getting Europeans to stop worrying about the quality of cars made in China. This is because bad crash test results in 2006 and 2007 gave people the idea that cars made in China were unsafe.

High safety ratings also give Chinese EV makers access to a huge market for corporate car fleets, which could be even more important for sales.

In big markets like Germany, France, and the UK, fleet sales make up about half of all car sales. Many corporate buyers put a high value on safety.

Also, many fleets want to switch quickly to EVs to meet their environmental goals. However, corporate fleets in Europe have struggled to obtain enough EVs due to supply chain issues that have caused some models to take more than a year to arrive.

Since there aren’t enough electric cars to go around and there’s a high demand for them, European carmakers have been able to raise the prices of EVs and focus more on retail customers instead of customers like car rental companies, who have been less profitable for them in the past.

This has opened up a chance for Chinese EV makers, who are already ahead of most foreign competitors in China, which is by far the biggest market for EVs in the world.

In October, German car rental company Sixt said it would buy about 100,000 EVs from BYD, starting with its Atto 3 SUV, which got the coveted five-star rating from Euro NCAP the same month.

European automakers, like BMW with its iX and Volkswagen with its ID.4 and ID.5, are also trying to get five-star ratings for their electric vehicles and hybrids. In October, Euro NCAP gave Mercedes’ EQE sedan the best score possible, and its driver-assistance features got the best scores ever given.

The Chinese EV company Aiways hasn’t had its U6 electric crossover tested by NCAP yet, but Alexander Klose, who runs the company’s operations outside of China, said that it, too, wants the highest rating possible.

He said that Aiways put money into making the U6 safer so that it can be sold to European fleets, such as rental car companies, when it goes on sale next year.

“There will be a natural demand for vehicles like ours that are fully equipped and come at very competitive prices,” he said, adding that Aiways hopes to sell 30,000 EVs in Europe by 2023, up from about 5,000 this year.

But, according to Inovev, almost half of the cars sold in China were EVs. This gave China a 5.8% share of the fully electric vehicle market in Europe.

Jamel Taganza, vice president of Inovev, said that within a few years, all Chinese cars sold in Europe would be electric vehicles (EVs), and more affordable models are on the way.

Taganza said, “This is a low-key prediction.” “But it could grow faster, especially if European automakers don’t meet the demand for affordable EVs in Europe.”

Automakers have to spend a lot of money on extra safety features like extra airbags, collision avoidance, driver assistance, and driver monitoring systems to get a five-star rating.

Related: European stock futures are going down; the focus is on Chinese PMI and Eurozone CPI data.

Thatcham’s Avery said that Chinese electric vehicle (EV) makers have been working closely with Euro NCAP and are eagerly making the investments needed to get top ratings.

“Forget what you may think about Chinese products being of lower quality or less safe,” he said. “They now have better quality than others.”

The managing director of BYD Europe, Michael Shu, said that the company is putting out three cars in a few European markets and will add more models and markets next year. All of the cars should get top safety ratings, Shu said.

“A five-star rating should be a basic requirement, in our opinion,” he said.

The ORA Funky Cat from Great Wall Motors will be available in Britain, Germany, Ireland, and Sweden by the end of this year.

In Britain, the Funky Cat starts at about 32,000 pounds ($36,330), which is about 5,000 pounds less than VW’s ID.3. It has driver-assistance systems, a reverse camera, and a wireless phone charger. It can also remember your seating preferences by recognizing your face.

Toby Marshall, the UK sales and marketing director for GWM’s ORA brand, said that it no longer matters where a car was made if it is well made, full of features, has a high safety rating, and is priced competitively.

“Those are the most important things to car buyers,” Marshall said as he showed off the Funky Cat in his office in Solihull, England, in the middle of the country.

Bill Russo, head of the Shanghai consulting firm Automobility Ltd., said that the problem for many international carmakers was that they gave Chinese rivals the upper hand when it came to making cheaper electric vehicles (EVs).

Russo said, “China is the only place on Earth where you can find a cheap EV right now.” “And they’re taking advantage of that.” 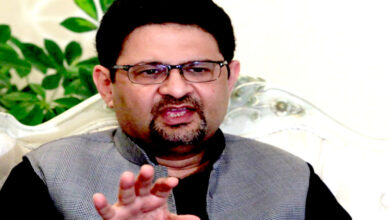 It will help a lot of people after fuel prices dropped on the international market: Miftah 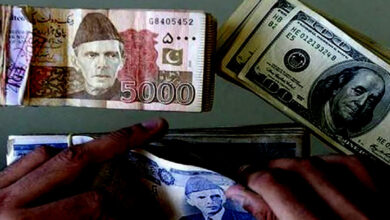 Against the dollar, the rupee picks up 70 paise. 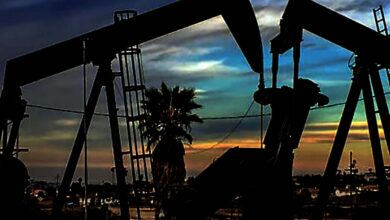 Oil prices are falling as Biden pushes for US fuel cost cuts. 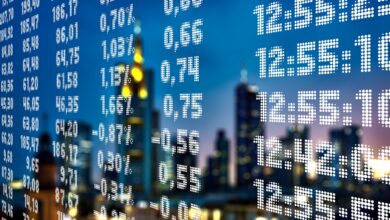