BlockFi, a company that lends out cryptocurrency, said on Monday that it had filed for Chapter 11 bankruptcy protection. It is the latest company to leave the market after being hurt by its exposure to the collapse of the FTX exchange earlier this month.

The filing in a New Jersey court comes as the price of cryptocurrencies has dropped. Bitcoin is by far the most popular digital currency, and its price has dropped more than 70% since its peak in 2021.

Monsur Hussain, a senior director at Fitch Ratings, said that BlockFi’s move to reorganize under Chapter 11 shows that there are big risks of assets spreading through the crypto ecosystem.

Related: Attorneys say that FTX was run as a “personal fiefdom” and that it has been hacked and lost assets.

In a bankruptcy filing, New Jersey-based BlockFi, which was started by former fintech executive turned crypto entrepreneur Zac Prince, said that its large exposure to FTX caused a liquidity crisis. This month, Sam Bankman-Fried, who started FTX, filed for protection in the US after traders took $6 billion out of the platform in three days and a rival exchange, Binance, backed out of a plan to help.

“Even though the debtors’ exposure to FTX is a big reason why they’re filing for bankruptcy, the debtors don’t have the many problems that FTX seems to have,” said Mark Renzi, managing director at Berkeley Research Group and BlockFi’s proposed financial advisor, in the bankruptcy filing. “The opposite, in fact.”

BlockFi said that the liquidity crisis was caused by its ties to FTX through loans to Alameda, a crypto trading company that works with FTX, and by cryptocurrencies that got stuck on FTX’s platform. BlockFi said that the total value of its assets and debts was between $1 billion and $10 billion.

BlockFi also sued a holding company for Bankman-Fried on Monday to get back shares of Robinhood Markets Inc. (NASDAQ: HOOD) that were put up as collateral three weeks ago, before BlockFi and FTX filed for bankruptcy.

Renzi said that BlockFi sold some of its cryptocurrency assets in November to pay for its bankruptcy. These sales brought in $238.6 million in cash, giving BlockFi a total of $256.5 million.

In a court document filed on Monday, BlockFi said that FTX was its second-biggest creditor, with a $275 million loan from earlier this year. It said that it owes more than 100,000 people money. In a separate filing, the company also said that it plans to let go of two-thirds of its 292 workers.

Under the terms of a deal signed with FTX in July, BlockFi would get a revolving credit line of up to $400 million, and FTX would have the option to buy it for up to $240 million.

During the pandemic, crypto lenders, which are basically the banks of the crypto world, did very well. They did this by offering retail customers double-digit interest rates in exchange for their crypto deposits.

Crypto lenders aren’t required to keep capital or liquidity buffers like traditional lenders are, and some of them got into trouble when they ran out of collateral and had to take big losses along with their customers.

Tuesday is when BlockFi’s first bankruptcy hearing is set to take place. FTX did not respond to a request for comment.

Ankura Trust, which represents creditors in hard times and is owed $729 million by BlockFi, is the company that owes BlockFi the most money. The venture capital fund Valar Ventures, which is linked to Peter Thiel, owns 19% of the equity shares in BlockFi.

The U.S. Securities and Exchange Commission was also one of BlockFi’s biggest creditors, claiming $30 million. In February, a BlockFi subsidiary agreed to pay the SEC and 32 states $100 million to settle charges related to a retail crypto lending product that the company sold to almost 600,000 investors.

The March 2021 funding round for BlockFi was led by Bain Capital Ventures and Tiger Global, the company said in a press release at the time. When asked for a comment, neither company answered right away.

In a blog post, BlockFi said that its Chapter 11 cases will help the company stabilize its business and get the most out of it for everyone.

Related: Vitalik Buterin teaches crypto lessons in the aftermath of the FTX crash.

BlockFi said, “Doing what’s best for our clients is our top priority and will continue to guide us as we move forward.”

BlockFi said in its bankruptcy filing that it had hired Kirkland & Ellis and Haynes & Boone to help it with the bankruptcy.

Earlier, BlockFi stopped people from taking money off its platform.

In a filing, Renzi said that Blockfi wants to get permission to let customers take their crypto assets out of their wallet accounts, which are held in custody. But the company didn’t say how it planned to handle withdrawal requests from its other products, such as accounts that earn interest.

“BlockFi customers may get back a big chunk of their investments in the end,” Renzi said in the filing.

BlockFi was started by Prince, who is now the CEO of the company, and Flori Marquez in 2017. BlockFi has its main office in Jersey City, but its website says that it also has offices in New York, Singapore, Poland, and Argentina.

In July, Prince sent out a tweet saying, “Time to stop putting things off.”

BlockFi is right up there with Voyager and Celsius.

“We looked the same two months ago.” “They went out of business, which means their clients will lose money,” he said.

According to a profile of BlockFi published by Inc. earlier this year, Prince grew up in San Antonio, Texas, and paid for his college education at the University of Oklahoma and Texas State University with money he won from online poker tournaments. Before he started BlockFi with Marquez, he worked as a broker at Orchard Platform and as a lease-to-own lender at Zibby, which is now called Katapult.

Inc. says that Marquez used to work at Bond Street, a small business lending company that became part of Goldman Sachs (NYSE:GS) in 2017. 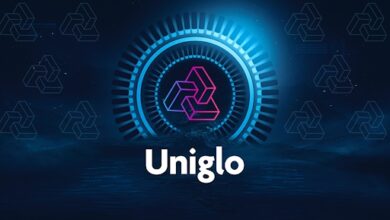 Market capitalization for Uniglo (GLO) goes up. Even though Bitcoin (BTC) is dragging down major altcoins like Solana (SOL), 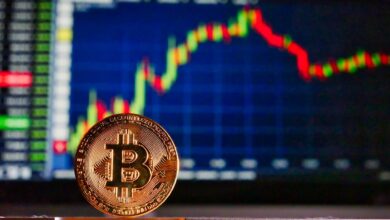 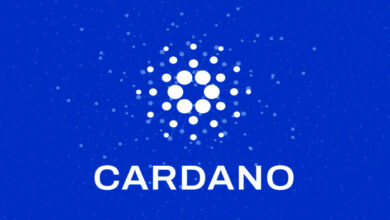