On the main road to billionaire Gautam Adani’s planned Vizhinjam mega port on the southern tip of India, a shelter built by the Christian fishing community blocks the entrance, stopping construction.

Since August, a simple 1,200-square-foot building with a corrugated-iron roof has stood in the way of plans for the country’s first container transshipment port, a $900 million project that wants to tap into the lucrative shipping trade between big manufacturers in the East and wealthy consumer markets in the West.

The shelter has banners that say “indefinite day and night protest.” It can cover about 100 plastic chairs, but on any given day, there are usually far fewer protesters sitting there.

On the other side of the street, Hindu groups and people who support the port, like members of Prime Minister Narendra Modi’s party, have set up their own shelters.

Even when there aren’t many protesters, up to 300 police officers with batons will gather every day to keep a close eye on the situation. Even though Kerala’s highest court has repeatedly said that construction should go on without interruption, the police are not going to do anything about the protesters because they are afraid that doing so will make social and religious tensions over the port worse.

Forbes says that Adani is the third richest person in the world, so this is a tough situation with no clear way out.

Reuters talked to more than a dozen protesters, supporters of the port, and police officers. They also looked at hundreds of pages of court documents in cases brought by the Adani conglomerate against the Catholic priests leading the protests and the state government. All signs point to a split that can’t be fixed.

Protest leaders say that building the port since December 2015 has caused a lot of erosion along the coast and that more buildings will ruin the way of life of a fishing community of about 56,000 people.

They want the government to stop work on the port and have independent studies done on how it will affect the marine ecosystem.

After a court ruled this week that heavy vehicles shouldn’t be stopped from moving, Adani plans to send them to the port on Friday. In October, cars that tried to leave the port had to go back the way they came.

Even though the court told them to take down the shelter, the protesters’ leader, Eugine H. Pereira, said that they would not.

“If we have to, we are ready to be arrested in large groups,”

In a statement, Adani Group said that the project is in full compliance with all laws and that many studies done in recent years by the Indian Institute of Technology and other institutions have shown that the project is not to blame for the erosion of the shoreline.

“Based on these findings by independent experts and institutions, we think that the ongoing protests are unfair and against the interests of the state and the development of the port,” it said.

The Kerala state government, which has been talking to protesters and says that erosion is caused by cyclones and other natural disasters, did not respond to a request for comment.

Adani, whose business empire is worth about $23.5 billion and includes gas and power projects as well as ports and logistics businesses, has called Vizhinjam an “unmatched location” on one of the world’s main shipping routes. As a transshipment port, it would be in a good position to get business from Sri Lanka, Singapore, and Dubai. China, which is an archrival, has spent a lot of money on port infrastructure in Sri Lanka.

With transshipment, containers are moved from larger ships on important trade routes to smaller ships on other trade routes. This creates a hub-and-spoke network that is cheaper and more flexible than shipping from one place to another.

The Adani conglomerate wants to move forward with plans to finish the first phase of the building by December 2024. It has sued the Kerala government for not doing enough to get the police involved.

But Prakash R, a senior police officer in charge of security outside the port, said that he wants to avoid a situation like the 2018 environmental protests against a Vedanta (NYSE: VEDL) copper smelter in neighboring Tamil Nadu state, which led to 13 deaths and the closure of the smelter.

“We are not using force because we don’t want anything bad to happen.” What if someone threatens to kill themselves or does it? “Everything bad will happen.”

Related: Jeff Bezos is now the second-richest person in the world.

“We can’t say for sure that this won’t cause tensions between people.” “We are strategically placed between the two sides to stop something like this from happening,” he added.

The fishing community built the shelter after trying for years to get the Kerala government to help but failing. During that time, they watched the coast slowly disappear. Because the pandemic was getting better, it was also easier to protest than in years past.

Protesters say that the construction has made their catches smaller and that when the port is finished, they will have to fish much farther out to sea.

A group of 128 people who live in a fishing community near the port has also sued the Vizhinjam unit of Adani Ports and Special Economic Zone Ltd. and the Kerala government. They say that erosion caused by dredging and other construction work is destroying their homes.

After protesters asked for it, the state set up a group last month to look into coastal erosion at the site.

In its statement, Adani Group said that India’s National Green Tribunal, which has been looking into the project’s effects, has not found any environmental or social problems.

Pro-construction supporters at their shelters, on the other hand, say that the protesters are stopping progress.

“This is about giving jobs to the many people who live here,” said Mikkola G. Prabhakaran, a member of Modi’s Bharatiya Janata Party and a state council member in Kerala.

The protests in India remind people of how angry people were with Adani in Australia over his Carmichael coal mine. There, activists worried about carbon emissions and damage to the Great Barrier Reef forced Adani to lower its production goals and delay the mine’s first coal shipment by six years.

In Kerala, the Adani conglomerate, which is paying for a third of the project’s cost while the state and federal governments pay for the rest, has asked the state’s court for help many times.

In court documents, it says that the protests have caused “immense loss” and “considerable delay” to the project. It also said that protesters have warned port officials of “dire consequences” and pose a “constant and continuous militant threat.”

According to court filings, during a “land and sea protest” on Oct. 27, protesters burned a fishing boat, and more than 1,500 people broke into the port, some carrying iron rods to the main gate.

When Pereira was asked about the claim, he said, “We don’t agree with or support any kind of violence.” “Our protests have always been peaceful.”

The Adani conglomerate has said that the state police in Kerala is “mute spectators,” and it has also asked for the federal police to be sent in. The next time the court will hear Adani’s complaints is on Monday.

For now, the tense standoff is still going on, and protesters say they can get together quickly if police try to take down the shelter. Four CCTV cameras at the site send out a live feed, so protest leaders can use their phones to keep an eye on what’s going on.

“We’re willing to do anything to protect our way of life.” “It’s a do or die” situation, says Joseph Johnson, a fisherman who is protesting. 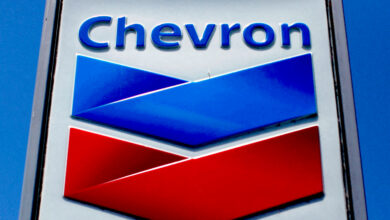 Chevron’s current headquarters will be sold, and the company will move to California. 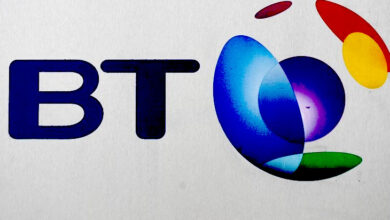 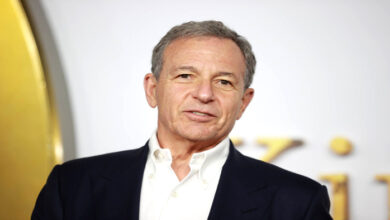 “Boomerang CEOs” don’t always work out, but Disney hopes that this one will be an exception. 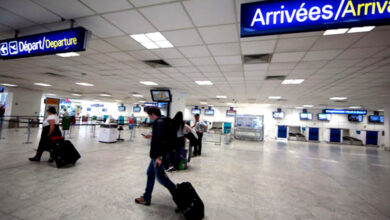 French airport group ADP confirms that Paris will be busy in 2022 and 2023.