After experiencing additional labor unrest, Apple’s top supplier, Foxconn, apologized to workers and claimed that a “technical issue” occurred when hiring new hires at a COVID-affected iPhone production in China.

On Wednesday, hundreds of workers protested at the largest iPhone plant in the world in Zhengzhou, China, in rare instances of open dissent in China. The demonstrations were sparked by claims of unpaid wages and annoyance with the harsh COVID-19 restrictions. Men smashed surveillance cameras and engaged in physical altercations with security personnel.

Workers said in social media videos that they had been informed by Foxconn that bonus payments would be delayed. Some employees also complained about being compelled to live in dorms with coworkers who had COVID positive tests.

Related: With an investment of up to $170 million, Foxconn will have the most shares in Lordstown Motors.

In response to the issue, Foxconn said in a statement, “Our team has been investigating the situation and has determined a technical fault occurred during the onboarding process.”

We promise that the actual remuneration is the same as what was agreed upon and indicated in the official recruitment posters, and we apologize for the computer system’s entry error. It made no further mention of the error.

Since October, employee unrest and discontent have shaken the factory.

The most recent unrest has revealed communication issues and a lack of confidence in Foxconn management among some employees. Some workers have accused the business of failing to take effective action to stop the development of COVID and then deceiving them about pay.

Foxconn’s apology on Thursday represented an about-face from its claim that it had met its payment contracts the day before.

According to a Foxconn source familiar with the situation who spoke to Reuters on Thursday, the biggest rallies had subsided by then, and the business was in contact with workers participating in smaller demonstrations.

The source claimed that operations at the plant continued on Thursday after “first agreements” were made between the company and the workers to end the conflict.

The Taiwanese business said that it would honor new hires’ requests to leave the manufacturing campus and offer them “care subsidies” if they did so. According to the Foxconn source, each employee received 10,000 yuan ($1,400) in subsidies.

As daily cases in China hit record highs and cities around the country implement lockdowns and other restrictions, Zhengzhou is conducting mass COVID testing.

Foxconn’s Zhengzhou plant, which is home to over 200,000 employees, contains dorms, eateries, basketball courts, and a football field spread around its expansive 1.4 million square meters of space.

The facility produces gadgets for Apple Inc. (NASDAQ: AAPL), including the iPhone 14 Pro and Pro Max, and it is responsible for 70% of all iPhone shipments worldwide.

Apple claimed to have personnel working there and to be “closely collaborating with Foxconn to guarantee that their employees’ issues are handled.”

Several activist shareholders told Reuters that the demonstrations demonstrated the dangers Apple faces as a result of its reliance on Chinese manufacturers.

“We see it as a very perilous situation,” said Christina O’Connell, a senior manager for the nonprofit corporate accountability group SumOfUs. “Apple is extremely dependent on China, both as a consumer market and as their place of major manufacturing.”

Foxconn hoped to restart full production at the Zhengzhou factory by the second half of the month after worker unrest caused a 30% drop in iPhone production in October.

Forecasts for Foxconn’s shipments of iPhones may be seen at graphics.reuters.com/APPLE-INDIA/znvnbdygevl/chart.png.

Apple has issued a warning, stating that fewer premium iPhone 14 models will ship than initially planned.

FIGURE: Sales of iPhones account for more than half of Apple’s revenue (source: graphics.reuters.com/HEALTH-CORONAVIRUS/FOXCONN-CHINA/zjpqjqargvx/chart.png).

Shares of Foxconn increased 0.5% as of Thursday’s close, outpacing the market’s 1.2% gain.

Foxconn, an Apple supplier, apologizes for a hiring error at the COVID-affected China facility 2. 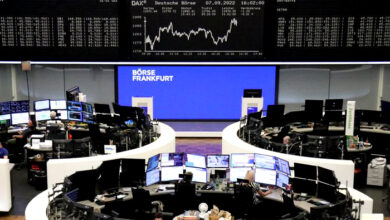 European stocks go up, but GDP growth in the UK is disappointing. 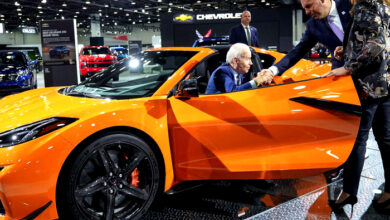 Biden hops into a Corvette and declares Detroit “back” at an EV-focused auto show. 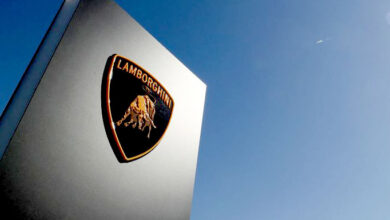 Lamborghini will invest a minimum of 1.8 billion euros in electrification. – paper 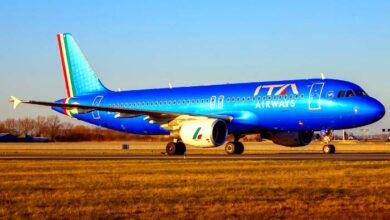