According to four people with firsthand knowledge of the situation, China’s central bank would give financial institutions low-interest loans so they could purchase bonds issued by real estate developers. This is the strongest regulatory help the crisis-hit industry has ever received.

According to the people, who asked not to be identified because they were not authorized to speak to the media, the People’s Bank of China (PBOC) hopes the loans will improve market sentiment toward the heavily indebted property sector, which has lurched from crisis to crisis over the past year and save a number of private developers.

Related: Indonesia’s 2023 GDP growth may decelerate to 4.4%, according to the central bank.

China has increased its assistance in recent weeks for the real estate industry, a foundation that accounts for a quarter of the second-largest economy in the world. Construction was halted as a result of numerous developers’ loan defaults.

The largest banks in the nation promised developers financing worth at least $162 billion this week.

The PBOC loans, made possible by its lending facility, are anticipated to have interest rates that are significantly lower than the benchmark rate and to go into effect in the upcoming weeks, according to two sources. This will increase the financial institutions’ incentives to buy onshore bonds issued by private developers.

It wasn’t immediately clear what the loan’s terms, such as the interest rate, would be.

According to two of the sources, the PBOC is also creating a “white list” of high-caliber and systemically significant developers who would benefit from greater help from Beijing in order to strengthen their balance sheets.

A request for comment on the proposed measures received no immediate response from the central bank.

At least three private developers gained approval this month to raise a combined 50 billion yuan ($7 billion) in debt, including Longfor Group Holdings Ltd., Midea Real Estate Holdings Ltd., and Seazen Holdings. One of the four sources and another source indicated that the PBOC would likely step in to provide liquidity via the lending facility for the remaining issuance if there was insufficient investor demand for such fresh notes.

From there, a crackdown on aggressive support

The PBOC often uses lending as a focused policy instrument to provide low-cost loans to banks to bolster the faltering economy because it has little flexibility to reduce interest rates due to worries about capital flight.

The PBOC has recently used the lending facility to help industries that were heavily impacted by the COVID-19 epidemic or that are favored by long-term state policies, including transportation, logistics, and digital innovation.

Beijing has reversed its robust backing for the real estate industry after a crackdown on speculators and indebted developers that started in 2020 as part of a larger effort to lower financial risks.

The crackdown, however, resulted in a decline in real estate sales and prices, bond defaults by developers, and a halt to the building. Homeowners are upset about the building delays and have threatened to quit making their mortgage payments.

Chinese media reported on Monday that the central bank intended to give commercial banks 200 billion yuan in interest-free revolving loans for housing completions through the end of March.

China’s interbank bond market regulator announced this month that, among other recent official supports, it would expand a program to support about 250 billion yuan ($35 billion) of debt offerings by private companies.

Beijing’s prior assistance was mostly directed at state-owned developers.

China’s securities regulator chief, Yi Human, stated on Monday that the nation has to put strategies in place to enhance the balance sheets of “high-quality” developers.

According to Fitch Ratings, private Chinese developers face a larger liquidity risk than state-owned rivals due to their debt structures’ increased short-term maturity pressure as banks and other creditors become less willing to lend. 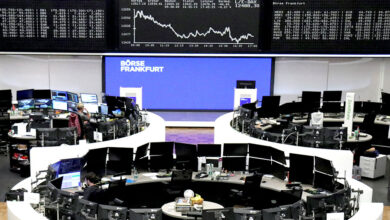 Europe’s STOXX 600 is down for the seventh day in a row; U.S. Data on CPI being analyzed 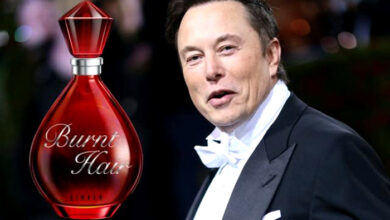 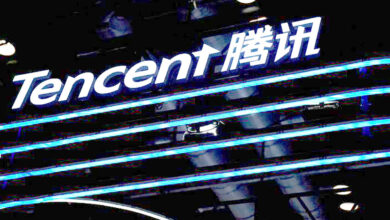 Tencent drops by 2.5% as Prosus and Naspers say they will slowly sell shares. 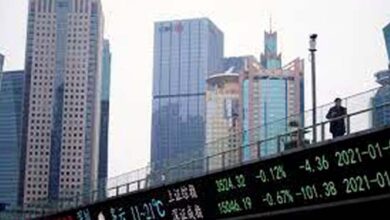